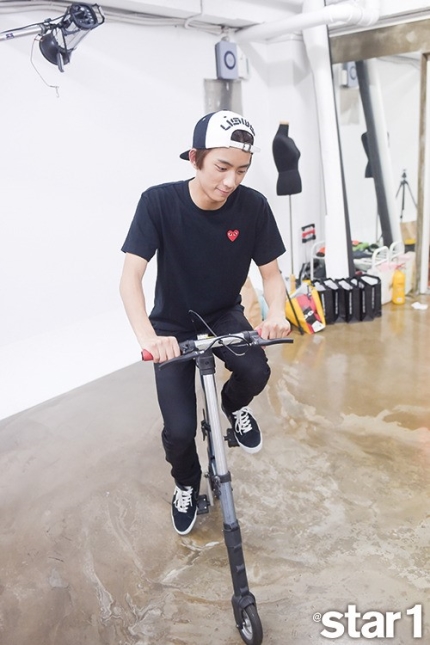 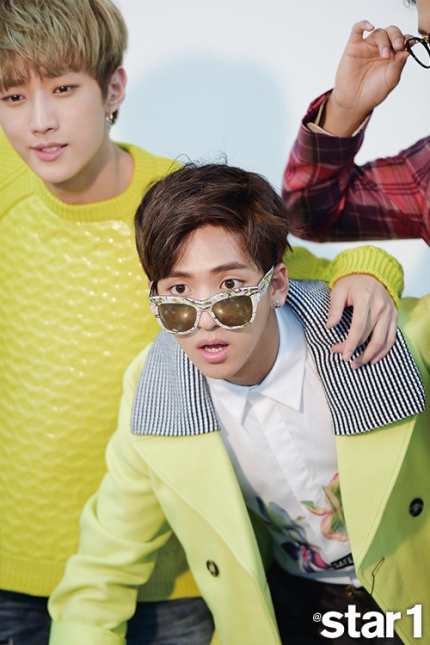 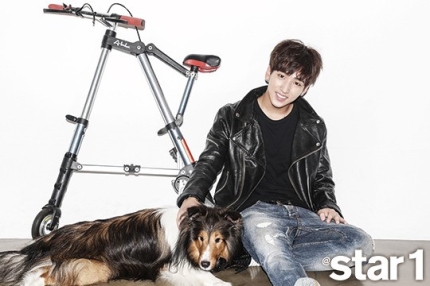 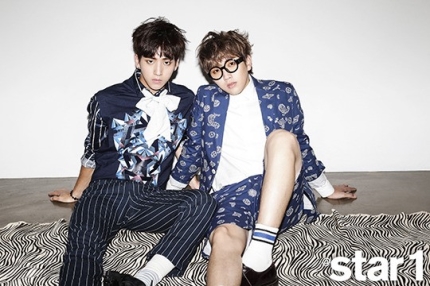 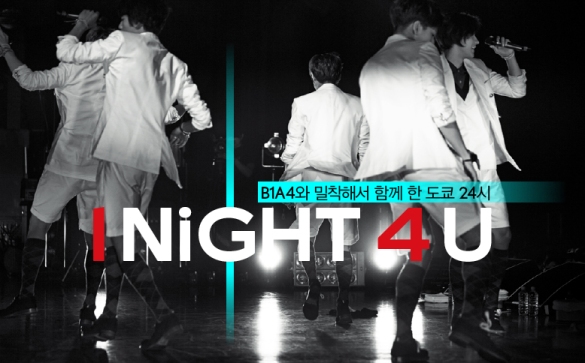 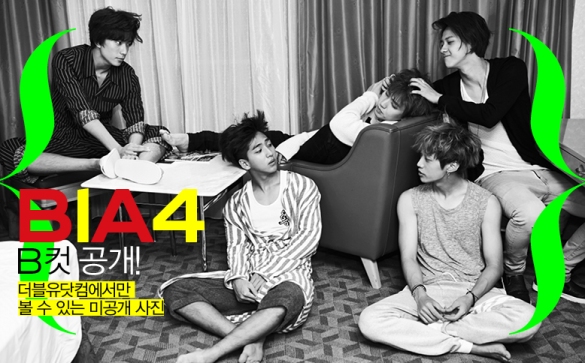 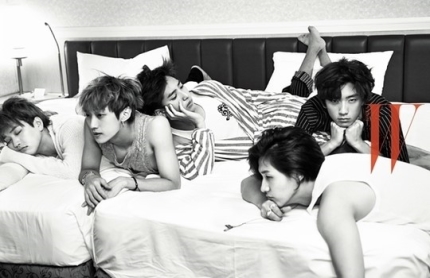 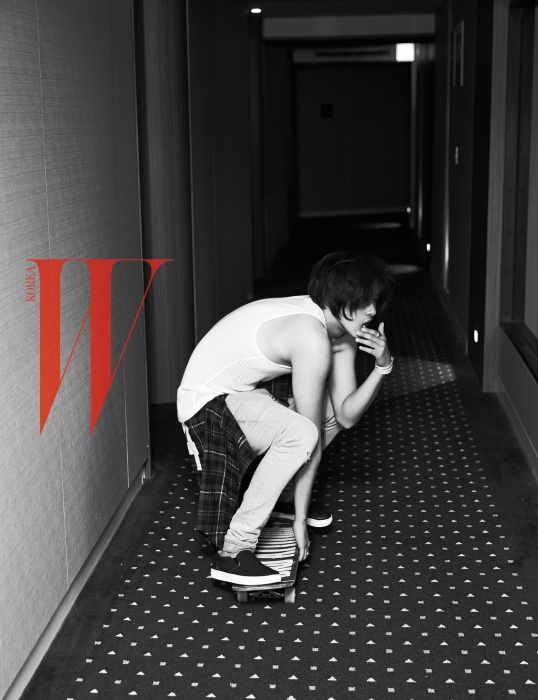 Q. Please talk about how you feel about having come back.
Jinyoung: Hello. I am B1A4’s Jinyoung. B1A4’s 5th mini album SOLO DAY has been released. Because the fans have waited for us, we worked on this album with excitement and the hope to show everyone a better side to us. Please look forward to our stage as we have worked hard on preparing it.
Sandeul: It’s a comeback we’ve been looking forward to, so I’m excited and nervous. But I know that the fans will love this album, so we worked hard. Please give it a lot of love ㅎㅎ
CNU: Thank you to the fans who waited for us through this short yet long period of time. As much as you guys have waited, we will show you our hardworking side.
Baro: Even though I’m nervous everytime we release a new album, I think I am more excited to let everyone hear our new music. I want to greet and thank the fans who are always cheering for us, and hearing to B1A4’s music. And I want to hurry meet our fans.
Gongchan: I’m so curious as to what reaction will everyone have upon listening to SOLO DAY, and I’m excited. I’m so happy at the thought of being able to spend this humid summer with everyone.

Q. Please talk about SOLO DAY.
Jinyoung: If our previous album titled WHO AM I was an album that allowed us to look back on the direction of our music and position since debut, we worked on this album with the mindset of fulfilling another of our dreams. The title song SOLO DAY is a pop song with a country feel, and has a overall refreshing sound from the use of guitar. I think it’s the perfect song to listen to in summertime.
CNU: When I first saw the title, I immediately thought that it was a song for all the single people with no other half. But it doesn’t exactly mean that. I think it’s a song for the lonely people in the world – those who have broken up with their other half, or for some reason are feeling lonely. I hope you listen to it with a broader mindset.
Sandeul: That’s right. I hope SOLO DAY becomes a new date to celebrate. It’s a song that is filled with B1A4’s positivity. It will make you hum along to it, so I hope everyone who listens to this song will only be met with happy things.
Baro: And in this album we included a variety of song genres that we had not tried before. There are songs that are refreshing and suitable for summer time, so please listen to all the songs without missing any one of them.
Gongchan: If you listen to the album from beginning to end, you will probably think that it is music that is good to listen to in summer time. I hope you will spend this humid summer with B1A4’s music no matter where you go.

Q. I heard that the B1A4 members personally worked on this album. Which songs did you participate in?
CNU: We worked on all the songs in this album. I am really happy to be able to continue to show everyone our (musical) style. Following up from SEOUL and DRUNK ON MUSIC in our 2nd full length album, I participated in the song DRIVE from this album.
Baro: All the songs in this album were composed, penned and produced by us. Jinyoung and CNU hyung composed and wrote lyrics, while I helped in writing lyrics. We tried to show everyone B1A4’s variety so I hope you listen to all the songs.
Jinyoung: Not just composition and lyric writing, the members were all involved in this starting from recording till the end. When recording, we direct each other and talk about the song. The production process is very enjoyable. There is no song that hasn’t been touched by the members, so please give them a lot of love.

Q. An interesting episode that happened while working on this album?
Jinyoung: It’s not an interesting episode, but at the last filming of our music video, a camera fell into the pool. I recall we were all worried and nervous about all the content we had filmed would all disappear. The camera was also expensive so the mood at the filming location was very tense. But thankfully the camera was alright and I think the music video came out nicely.
CNU: There is a rap that Baro wrote for DRIVE, but there was something lacking about it so I recall we used a different rap when recording. In the end we fixed it with the original rap, but because of it Baro had to go through some difficulties. But thanks to it, I think a better end product was achieved and everyone was satisfied.
Sandeul: There is a scene which we filmed with a puppy. Jinyoung hyung had a scene with the puppy. As if they agreed upon it, both of them turned their heads in the same direction when a pretty lady walked past. I think that was the most interesting and amazing episode.
Baro: It was a first for us to film our music video in USA. We loved the sunlight in the desert and the bench, so we would soak up in the sun whenever we could and ended up getting so tanned. I think this summer will be a summer where I will have a healthy bronze tan.
Gongchan: I had a carefree vagabond concept, so I filmed with a hairpiece in vintage clothes. During a break of our filming, I was leaning against a streetlight. 2 foreigners walked past me and gave me $2.

Q. You seem to be very busy recently, Baro. Did you encounter any difficults while working on the album?
Sandeul: He’s the kind who would stay up overnight to do what he needs to do. So I think he worked on the album without much difficulties.
Gongchan: I thought ‘as expected of Baro hyung’, whenever I saw him work on the album whenever he had time.
CNU: He’s always lifting the mood wherever he is, so he is B1A4’s energizer. Should I say that he’s very praiseworthy?
Baro: The members always make up for the things I’m lacking of in twice the amount, so I always feel very assured. I just wanted to tell them that I am very proud and thankful for them always doing their best in their individual enviroments.

Q. What does B1A4 want to show everyone through this album?
Jinyoung: I want to show everyone us maturing a little bit more with every album, and the wide variety of music B1A4 seeks to make. So I hope many people will become happier listening to our music.
CNU: I want to be a group that people will look forward to seeing the future. I want to meet the anticipation that people who listen to our music have that we will improve bit by bit, and make music that will make people anticipate our next album.
Sandeul: I want to show everyone the positive energy of B1A4, and a musical style that belongs solely to us through participation of composing and writing in all of our songs.
Baro: I want to show off a different charm to us each time, while giving off a friendly feeling through a variety of songs.
Gongchan: I want the people who listen to our music think that we are idols with different sides to us, and become a group that leaves a lasting memory.

Q. What music does B1A4 enjoy listening to usually?
Jinyoung: Michael Jackson’s Love Never Felt So Good. I really like the lyrics. When I listen to it, it feels like I’m right about to fall in love.
CNU: Not long ago Robin Thicke released a new album, and I enjoy listening to it. I also search for latest news about Mariah Carey.
Sandeul: It’s different for me time to time, but recently I am enjoying a song by the name of Somo-Ride.
Baro: I want to recommend David Guetta’s Shot Me Down!
Gongchan: I am enjoying Pentatonix’s album recently. They are a mixed acapella group. Please listen to their album ‘ptx. vol.2’. 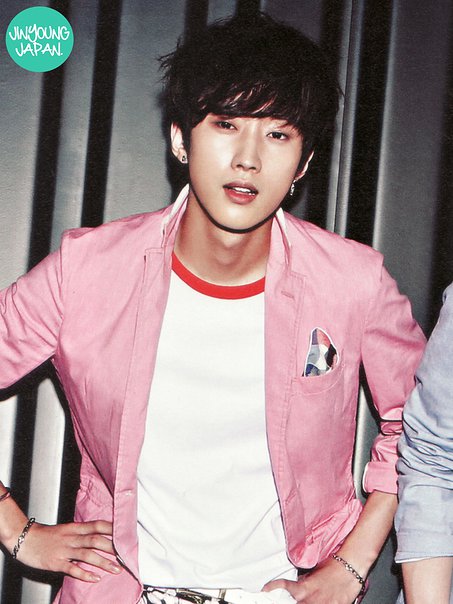 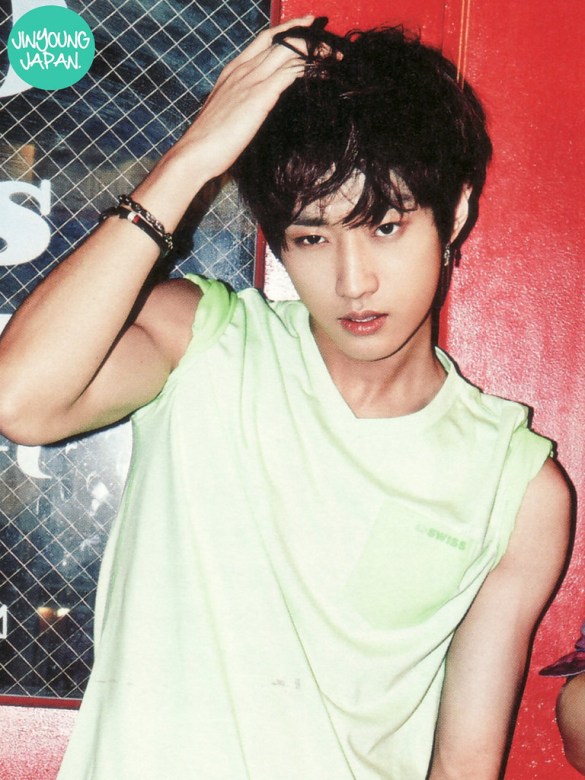 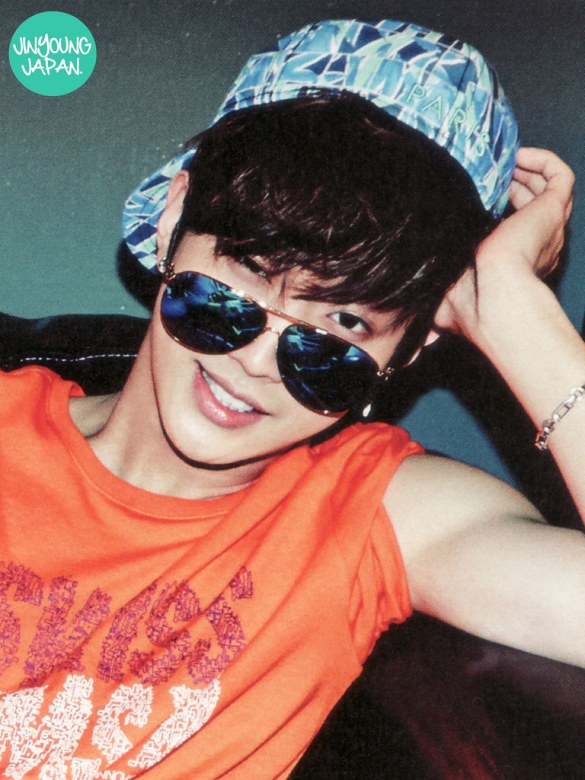 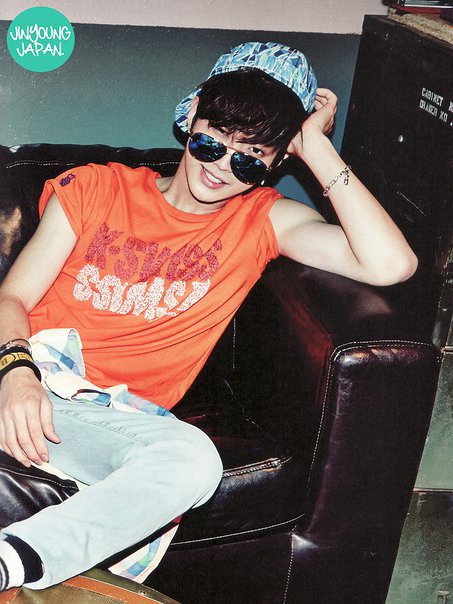 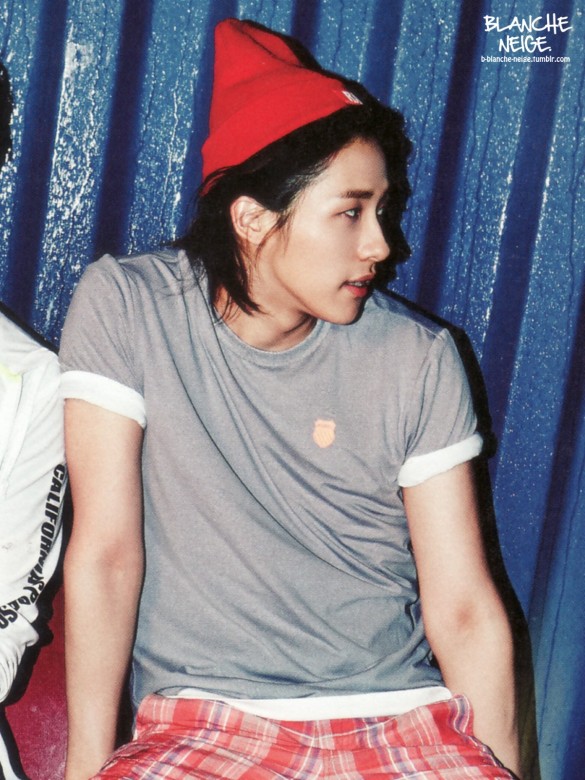 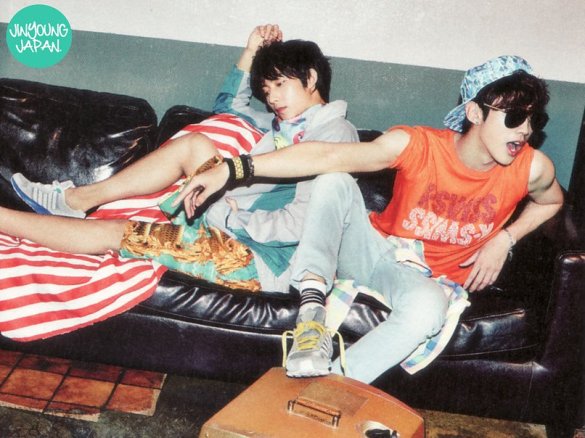 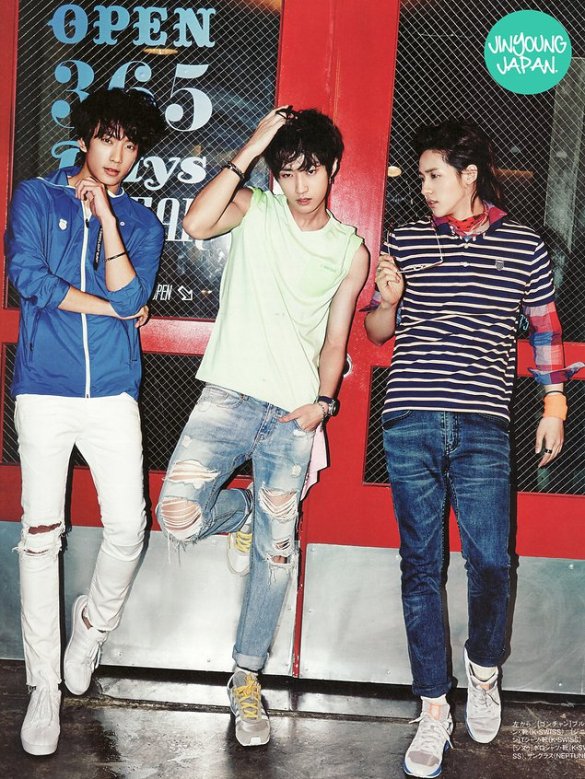 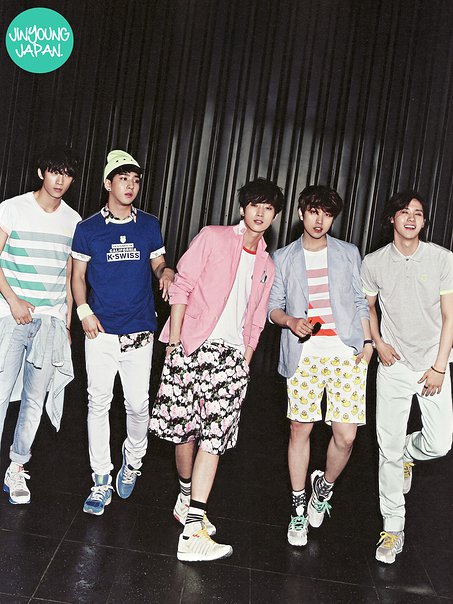 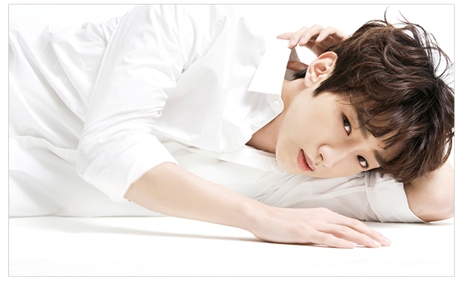 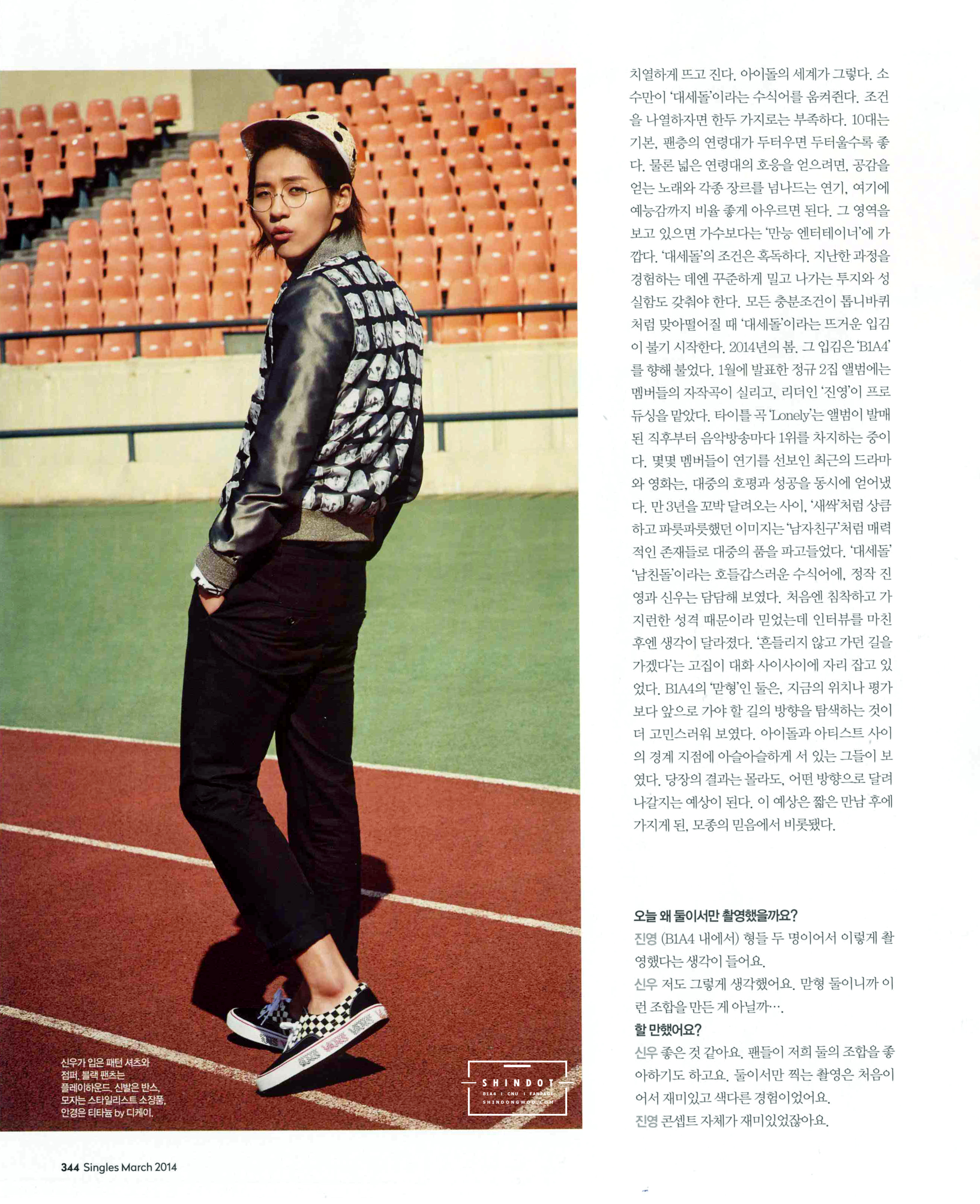 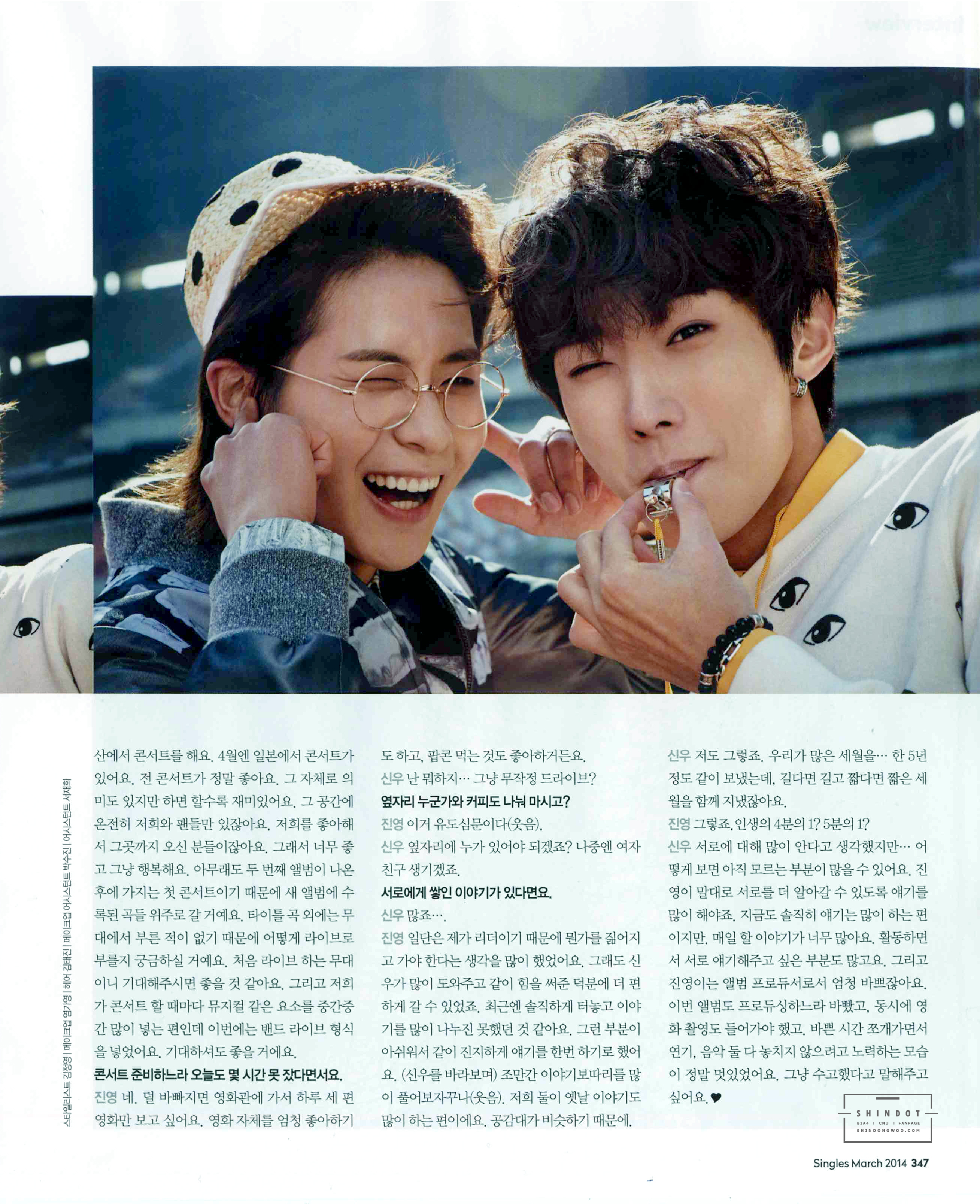 Please remove all translations with full credits to source and translator.

1. PLEASE DON'T BE A SILENT READER

2. TAKE OUT WITH FULL CREDIT

4. DO NOT BASH B1A4, OTHER ARTISTS, ADMINS OR CERTAIN PERSON.

6. ANTIS ARE NOT ALLOWED HERE

7. PLEASE DO NOT EDIT FANPHOTOS